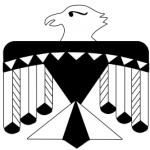 Camp Royaneh operates multiple week long sessions during the summer and each year the camp hosts thousands of Scouts from all over the United States including California, Texas, Oregon, Alaska, Hawaii and Florida. To educate our Scouts we have a highly trained staff of coed youth and young adults from places like Utah, Tennessee, Oregon, and even Taiwan, and France, but mostly the Northern California area. The camp offers over 50 different Merit Badges, with the possibility of more being announced at camp, as well as many awards to earn and lots of activities to partake in that are just fun.

As one of the oldest continuously operated Scout camps in all of California, Camp Royaneh is comprised of over 345 acres of private scout property. Camp Royaneh offers a chance to hike, backpack, ride horses, rock climb, swim and participate in a rodeo all in one week. Scouts can try their hand at black powder musket firing, rappelling, archery and even orienteering. Expert instruction in Eagle required merit badges and popular outdoor skill merit badges like pioneering will make the Scoutcraft area come alive. The camp is rich in wildlife and allows for the study of nature, conservation, wildlife management, woodcraft and plant science.

The majestic stands of mature Redwoods and the temperate climate spell adventure for the new unit as well as seasoned units that likes to take it easy and test their skills. Our 300,000 gallon pool is a great place for swimming or just relaxing.

With a rich history of Scouting that dates back to 1916, the Golden Gate Area Council (GGAC) serves the Northern California Bay Area communities of San Francisco, Alameda, Contra Costa, Napa, Lake and Solano Counties and supports more than 700 local packs, troops, teams and crews.   The Golden Gate Area Council was formed in April 2020 by the merger of the San Francisco Bay Area Council, the Alameda Council and the Mt. Diablo Silverado Council. The Council Headquarters is located in Pleasant Hill, California near the 680 / 242 highway junction with two major offices in San Leandro and Alameda.

Order of the Arrow